“People respond far better to praise and encouragement than blame and criticism.”

“If you are a leader, you should never forget that everyone needs encouragement. And everyone who receives it - young or old, successful or less-than-successful, unknown or famous - is changed by it.”

“One of the most beautiful gifts in the world is the gift of encouragement. When someone encourages you, that person helps you over a threshold you might otherwise never have crossed on your own.”

“There are two things people want more than sex and money... recognition and praise.”

“One minute of encouragement has more impact than an hour of preaching.” 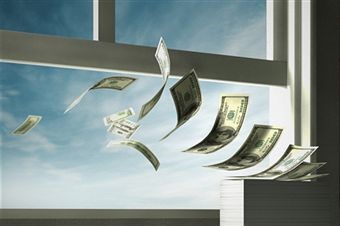 Mistake: Losing your talent because you do not have an active commitment in place to ensure that they feel appreciated on a daily basis. One of the top 5 reasons people give for leaving a job, is not feeling valued and appreciated for their work. The cost of replacing an employee is estimated to be between £20-25K.

Tip: Create a Culture of Encouragement by ensuring all your managers receive the coaching they need to be great encouragers and in return have the commitment from their team.

Mistake: People need more than their regular salary to inspire them to want to put in extra effort and give more time when a project requires it, whatever the business. I once worked with a very busy restauranteur who was struggling with some staffing issues at a couple of his cafés. There was an overall lack of enthusiasm, and staff were not prepared to stay on to help with a clear-up after a particularly busy shift, even though they would get paid for the extra time. Through observing and talking with the staff, it became clear that during the busiest part of a shift, orders were barked at them constantly rather than trusting them to get on with their jobs; they were constantly criticised, and received no acknowledgement at all for their hard work. They also didn’t receive the tips from the shift.

Tip: Loyalty doesn’t come automatically with a salary, it is earnt through the way you treat your staff.

Mistake: It is easier to shine in some roles than it is in others. Often the only people receiving recognition and praise are those who are, for example, out making sales, and those in administrative roles are overlooked unless they make a mistake – and the mistake is then highlighted – and all their good work is ignored because it is what’s expected of them.

Tip: You will get better work out of people if you acknowledge and appreciate them for all that they do rather than giving them an occasional pat on the back for doing something extraordinary. Do this, and they will start doing the extraordinary on a more frequent basis.

Mistake: Operate a culture of blame and you will quickly, not gradually, reduce the confidence of your staff so that they no longer believe they are capable of doing the job well and will start making more mistakes.

Tip: There must be a balance between criticism and praise, and criticism must always be handled so that the recipient feels supported and that they can learn from their mistake and won’t repeat it.

Mistake: Similarly to loyalty, this is about commitment to the company. If employees are taking sick days unnecessarily because they can’t be bothered to go in to work, or deliberately because they’ve made plans to do something with a friend, they are not fully engaged with the company, their manager, or their team members.

Tip: Talk to your staff and talk to me about shifting this mindset from an ‘I don’t care’ attitude to ‘I don’t want to let my colleagues and the company down’.

Mistake: Employers must not assume that their managers know how to deliver encouragement and recognition. Not everyone is comfortable with dishing out praise. If you’re not used to receiving praise throughout your own life, or don’t trust it, it is understandable that you don’t know how to hand it out, either through action, verbally, or in written form.

Tip: Employ a coach like myself to give managers the tools they need to know what works best for each member of their team, and learn how to sincerely and comfortably show each of them that they are valued and appreciated.

Mistake: There is no established culture or practice for listening effectively and respectfully to staff.

Tip: Listening is a skill and requires attention and training. Again, as part of a dedicated programme, talk to me about coaching your managers to be effective and brilliant listeners.

This is such an easy mistake to make. James knew that about half of his team were not fully engaged and putting their all into their work. He was at a loss, because he was constantly showering praise on each of them and telling them how brilliant they are, even highlighting individuals’ great work in front of the whole team.

Mistake: Some people are uncomfortable having praise heaped upon them; it might make them cringe, or they are suspicious of it, not trusting the motives of the person delivering the praise.

Tip: Find out what does work for them. You could do this using the unique MBA Inventory which will identify the most effective way to communicate sincere recognition and appreciation to each individual in your organisation and the Appreciation at Work training will give everyone the tools to apply this.